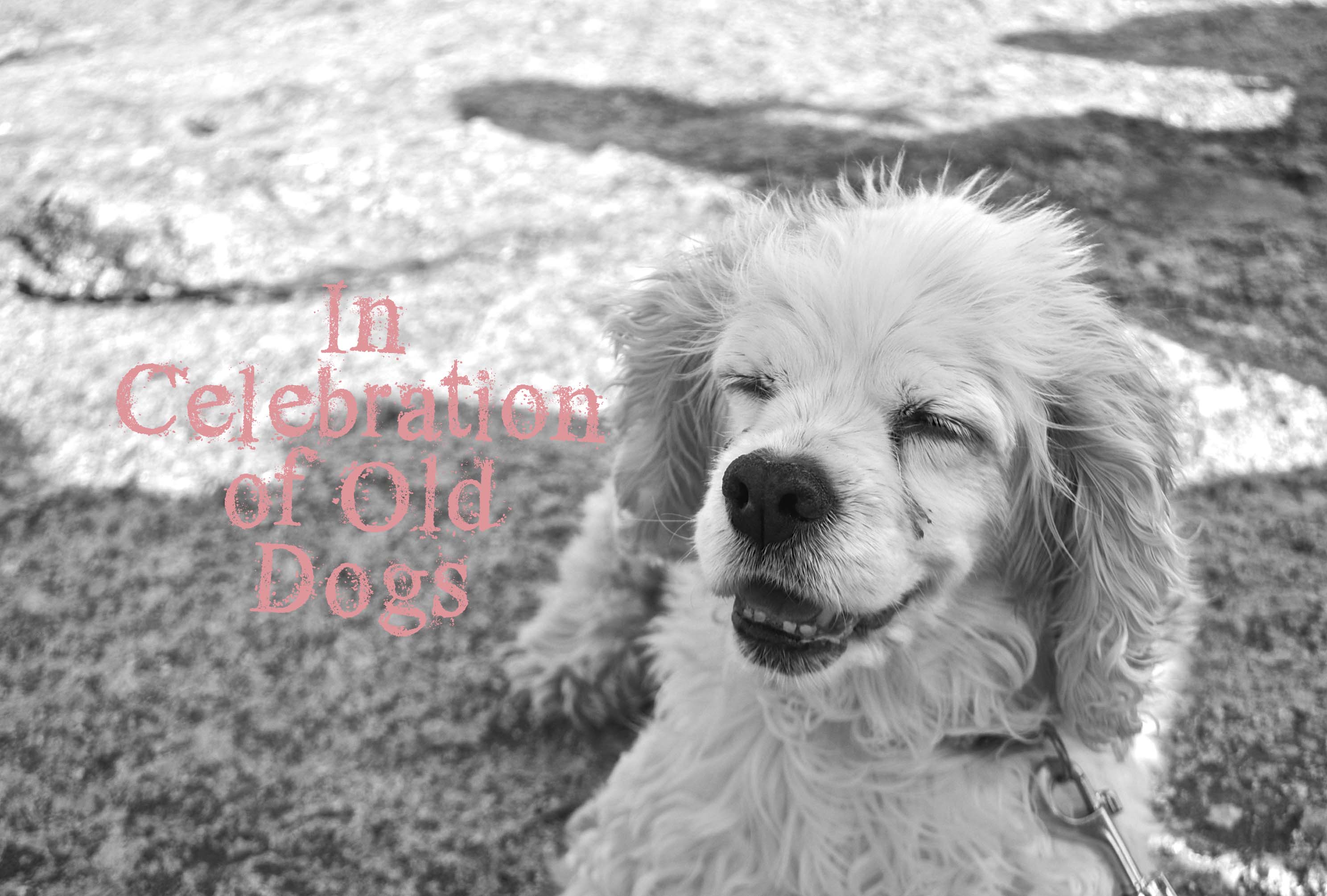 This is a reprint of a story I shared in Love Rules. It’s about how God loves us and redeems the most dead parts of us.

Ultimately, this is a story about Good Friday.

No one is ever really ready for a dog.

You think you are, but you can’t imagine the bolt-upright-in-bed terror you’ll feel when your new puppy enthusiastically guards against the evil snow at three in the morning. You can’t prepare yourself for how much your dog will stink when he finds a dead rat and covers his fur in its stink.

But these are nothing compared with the two hardest parts of dog ownership: trying to decide how long your old dog should live, and the incredible pain of letting her go.

Seventeen years ago, when Mike and I had been married about one hot minute, we adopted a cocker spaniel puppy, Maddie. She was a wispy blur of white cotton fur and energy. For thousands of hours, while I wrote, she stretched her body over my bare feet. Every time I stood, she stood, always trotting behind me, always hopeful that I was getting up to give her a treat.

When we had four kids in five years, Maddie became their dog. She slept by their cribs and licked spit-up off their chins. She barked at crawling toddlers and snuggled with scared kids. She guarded our family from the UPS guy and the collie across the street. When the kids were napping and every visitor ignored the Please Don’t Ring the Bell note, Maddie barked like she had distemper.

She traveled to the Midwest on about thirty family road trips, reigning as the sentinel guard dog from my lap and protecting us from motorcycles and tollbooth workers. Once, during an emergency diaper change on I-35, she escaped and ran across eight lanes of traffic—and then miraculously ran right back into our minivan.

If Maddie had been hit during her little joy run, it would have broken our hearts. Instead, our family had to deal with a slower, longer heartbreak.

When Maddie turned twelve, she started to slow down. She slept more and more, lost her hearing and her sight, stopped barking, and didn’t go up the stairs. We started to prepare ourselves for her death. We adopted Manny, a retired racing greyhound, to fill the hole Maddie would leave.

“But she looks great!” they said. “She still looks like a puppy.”

This was a problem. Maddie did look great. We told our vet we were worried we wouldn’t know when she was done with life. He said, “You’ll know. She is ready to go when she has stopped doing everything she used to enjoy.”

When she turned sixteen, we were at that point. She didn’t jump up when I got her a treat, and she wanted to be left alone. She ate only a little bit every day and the bones in her skinny old body stuck out. Her teeth were breaking, and she was too old for dental surgery.

Mike and I started telling the kids that it was time to put Maddie down. This news deeply disturbed them, like we had suggested putting one of them down. “But she looks great!” they kept insisting. “We can’t let her go yet!”

Yes, maybe so, we explained, but it would be selfish to let her live in her broken-down, bag-of-bones body. She was becoming more confused every day. She hated the diapers she had to wear. It was hard to watch her run into walls and not wake up when people stepped over her.

So we made a vet appointment for a Friday afternoon and told the kids it was time to let Maddie go. We bought her the softest, most delicious  meaty feasts and fed them to her for two days straight. We took pictures of her and wrote letters to tell her she had been the best dog for sixteen long years.

But even as we showed up for our appointment, Maddie still kind of looked like her puppy self. Mike and I knew she was dying inside, and we understood it was our responsibility to let her go, but it was so hard when she looked so much like Maddie. That hour in the vet’s office was one of our hardest as a family.

If you’ve been there with a pet, you know this. We were all crying so hard, and I was tempted to tell the kids we could take her home for another couple of months. Here’s the deal, though: it didn’t matter how Maddie looked on the outside; every part of her that was really her was gone. Her world was dark, silent, and confusing. Even if her coat was still pretty and she still looked like her puppy pictures, she was miserable.

This is the same lesson Jesus taught when He called the Pharisees whitewashed tombs and clean-on-the-outside-but-dirty-on-the-inside cups and plates. It doesn’t matter if you look good on the outside; the part of you that’s really you is dead.

As women, we can be the worst offenders of the pretty outside/sick insides problem. In Matthew 23, Jesus delivers a tough sermon about how destructive it is to you to hide your dying inside behind a picture-perfect smile.

I don’t know if Jesus’ words convicted the Pharisees, but they convict me. When I read His scathing words, I’m ashamed about how much I want the world to love my outside, my image. I’m embarrassed at how much I obsess about how I look to my neighbors, but I don’t think twice about my dirty soul.

When I’m at my most insecure, very afraid self, I am the first to make sure my lipstick is fresh, my clothes are new, and my hair is as rigid as my fist clutching my to-do list. Inside, I crave more attention, more approval, more money, and more validation. I crave everything this world says is valuable.

This site uses Akismet to reduce spam. Learn how your comment data is processed.